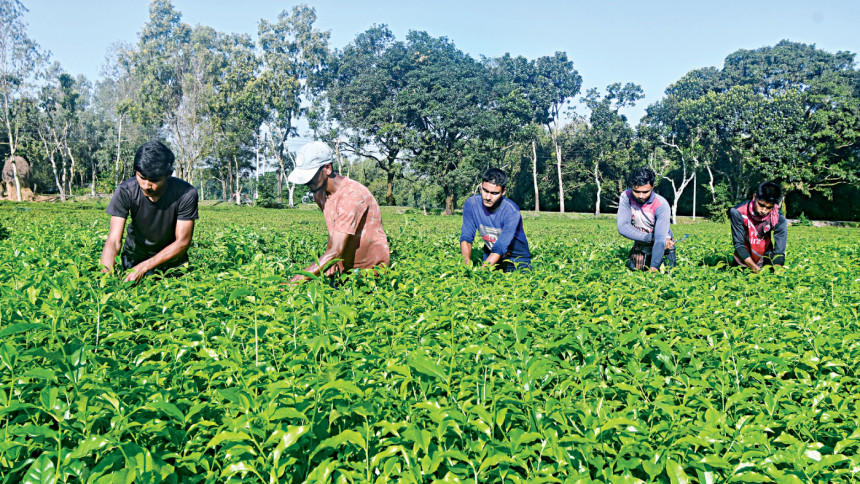 Bangladesh’s tea production surged to a record high of 14.74 million kilograms (kgs) in September this year, according to the state-run Bangladesh Tea Board (BTB).

Year-on-year, this is an increase of about 17 percent.

The previous record was in October 2021, when 14.58 million kgs were produced. The BTB attributed it to favourable weather, distribution of subsidized fertilizer, regular monitoring of the Ministry of Commerce and BTB, and efforts of garden owners and workers overcoming a labor strike in August.

Garden owners had earlier claimed that the strike would affect production and cause losses in business. The tea workers went on a two-hour strike every day from August 9 demanding an increase in wages.

Afterward, they embarked on an indefinite strike in gardens across the country from August 13.

Later, a meeting between Prime Minister Sheikh Hasina and representatives of garden owners fixed the minimum daily wage of workers at Tk 170. Earlier it was Tk 120. Though workers returned to work, there is resentment among a lot of them for different conditions attached to the daily wage and facilities claimed to be provided by garden owners mostly not being what it was in reality. Although the strike temporarily halted production, work quickly resumed at gardens, said Maj Gen Md Ashraful Islam, chairman of the BTB.

Production is much better also for the increase in workers’ wages and for labor welfare being ensured, Islam said. He added that the capacity of the industry has increased a lot due to the continuous efforts of garden owners, traders, and workers along with various government initiatives. Tea production has expanded in Bangladesh over the past decade. About 96.51 million kgs were produced in 2021, up by some 54 percent from that in 2012, shows the BTB data. This is the highest amount produced in a year in the 167-year history of the region’s commercial tea cultivation.

In the first nine months of 2022, 63.83 million kgs were produced in the country’s 167 gardens. Omar Hannan, chairman of the Tea Traders Association of Bangladesh, said local consumption rises by 6 percent to 7 percent every year. In Bangladesh, 45 percent of the tea produced is consumed at the household level while the rest is at tea stalls, restaurants, and offices, according to industry insiders. Local tea brands dominate the domestic market with a 75 percent share while non-branded producers account for the rest.

The 167 tea gardens in the country cover almost 280,000 acres of land. Bangladesh is currently listed as the world’s ninth-largest tea producer, accounting for around 2 percent of the world’s total production.

A total of 90 of the tea gardens are currently in Moulvibazar, which accounts for 55 percent of the tea produced in the country. Habiganj is the second largest producer of tea, contributing 22 percent.