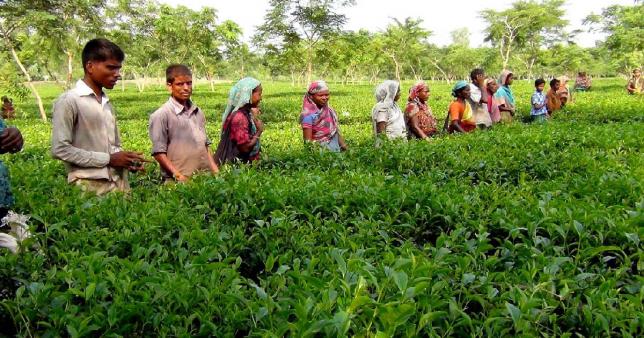 Besides Sylhet, well-known for tea growing, the tea planters in Panchagarh have been showing interest in tea cultivation as the district has come in the limelight with its gradual increased tea output.

Mohammad Shameem Al Mamun, project director of Northern Bangladesh Project of Bangladesh Tea Board (BTB), said 5447 tonnes of tea was produced in the district in 2017 and 8100 tonnes in 2018.

Meanwhile, a meeting on ‘Supply of Raw Tea Leaves and Present Situation’ held recently at the deputy commissioner’s office fixed the minimum raw tea price at Tk 16.80 per kg.

The meeting also decided to keep the tea factories shut from 31 December to 1 March.

According to Bangladesh Tea Board’s Panchagarh office, tea cultivation started in the district in 2000 and farmers are currently growing tea on 5,595 acres of land.

There are eight registered large tea gardens and 18 unregistered ones in the district in addition to 15 tea factories for processing tea.

Shameem Al Mamun said they have been supplying tea plants to the registered growers at a low price and arranging trainings for them.

The farmers in Panchagarh are showing growing interest in tea cultivation as it brings more profits for them with less hassles compared to other crops, he added.

Shameem said BTB authorities have launched a mobile app named ‘Duti Pata Ekti Kuri’ for farmers under the government’s A2i Programme where any information on tea cultivation is available.