May 21 is now International Tea Day 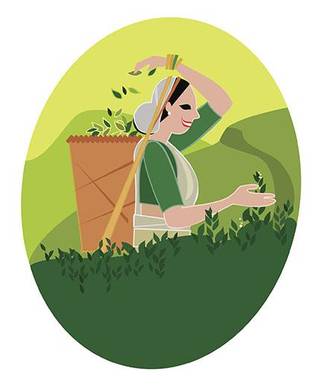 The Hindu and Business Line

The United Nations General Assembly has designated May 21 as International Tea Day based on a proposal moved by India at the FAO Intergovernmental Group (IGG) on Tea in October 2015.

The move could provide the much-needed push to create awareness for tea consumption. This is particularly important for countries such as India, which has been witnessing a spike in production mainly by small tea growers, but has not seen a corresponding traction in demand or consumption, which has continued to remain fairly stable.

“Very happy that a proposal moved by India to observe #InternationalTeaDay at the @FAO IGG on Tea in Oct 2015 has been accepted by the UN General Assembly,” Joydeep Phukan, Coordinator on FAO IGG on Tea for India, said in a tweet on Wednesday.

Currently December 15 is celebrated as International Tea Day in tea producing nations such as Bangladesh, Sri Lanka, Nepal, Vietnam, Indonesia, Kenya, Malawi, Malaysia, Uganda, India and Tanzania. However, this was not really official and was done by an NGO, he said.

May was selected as it’s the quality tea manufacturing season in most tea producing countries.

“Now that we have a dedicated day for tea, we need to do interesting things around the day to re-position tea as the most preferred beverage in the world. The idea is to celebrate the goodness of tea and its benefits to the younger generation,” he said.

The FAO IGG on Tea is a forum for intergovernmental consultation and exchange on trends in production, consumption, trade and prices of tea, including regular appraisal of the global market situation and short-term outlook.

The Group, under FAO auspices, considers changes in national policies and examines their international effects in relation to the current and prospective market situation.

The observance of an International Tea Day will promote and foster collective actions to implement activities in favour of the sustainable production and consumption of tea and raise awareness of its importance in fighting hunger and poverty, the General Assembly observed.

The General Assembly said that the move is aimed at re-emphasising IGG’s call for greater efforts towards expanding demand, particularly in tea-producing countries where per capita consumption is relatively low, and supporting efforts to address declining per capita consumption in traditional importing countries. The UN General Assembly has invited all Members and observers of the UN, organisations of the UN system, other international and regional organisations and other relevant stakeholders, including civil society, the private sector and academia, to observe International Tea Day in an “appropriate manner”. It wants this done in accordance with national priorities, through education and activities aimed at raising public awareness of the importance of tea. The aim would also be to ensure rural development and sustainable livelihoods.

According to Vivek Goenka, Chairman, Indian Tea Association, the modalities regarding how the day would be celebrated and what programmes would be organised as a part of the celebration would be soon worked out.

The cost involved in conducting such activities arising from the implementation of the resolution would be met from voluntary contributions, including from the private sector, the General Assembly said.